In our respective roles as counselors for both children and parents in private practice, we have found that a parent’s style of parenting strongly contributes to their child’s well-being, resiliency and over-all behavior. A style of parenting that provides love and support coupled with discipline and structure has been shown to be a reliable indicator of raising children that are happy and confident. In addition, we have found that a parent’s approach to discipline, level of warmth and nurturing, communication, level of control over the children, and the parent’s expectations with respect to maturity level are contributing factors in their child’s behavior and functioning.

The permissive parent makes very few demands on the child, imposes few rules and permits the child to regulate his own activities. Following externally defined standards of behavior is not mandated and expectations are low for a child raised by a permissive parent. The permissive parenting style is nonpunitive and extremely accepting; the child is often treated as an equal. Components of caring and warmth coupled with low control make up parental behavior.

The authoritative parent has clear expectations of behavior and conduct. The child’s activities are directed in a reasonable, logical manner that allows for verbal give-and-take and reasonable discussions. When necessary, the authoritative parent exerts firm control, but this is accomplished through healthy communication, not in a rigid, disciplinarian manner. The parent encourages the child’s autonomy and recognizes the child’s own interests. The authoritative parenting style is rational and affirmative and combines the parental behavior components of control with warmth and responsiveness.
We have found that a child being raised by authoritative parents will likely be well adjusted. We can assume that he does well in school, that he is self-reliant and responsible and that he has a friendly, open disposition. This is the ideal parenting-style because it is well-balanced.

Counselors for both parents and children in our private practice have found that parental responsiveness as well as parental demandingness are integral factors of good child-rearing. Clear, appropriate demands and expectations balanced with warm emotional responsiveness as well as an awareness of the child’s autonomy, are considered to be reliable predictors of well-being, achievement, competence, resiliency and self-reliance in most children. Warm emotional responsiveness along with clear, age-appropriate expectations help to form a balanced platform for successful child-rearing. For these reasons, authoritative parenting offers the leadership and guiding principles children need. When parents provide achievable benchmarks with support, fair consequences for misbehaviors, and instructive guidance with clear expectations, children thrive and are more likely to internalize the behaviors their parent’s desire. 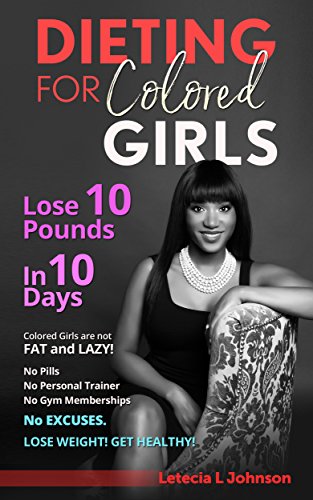 *DISCLAIMER: Please consult your doctor before starting this diet. You will NOT lose weight if you are Naughty and don’t follow exactly the instructions in ‘dieting for colored girls’.*